HomeBlog: What does homelessness and poor housing have to do with schools? Quite a lot actually

Blog: What does homelessness and poor housing have to do with schools? Quite a lot actually

As temperatures continue to drop we start dreaming about Christmas dinner, Baileys by the fire & mulled wine! Or maybe that’s just me! For rough sleepers the colder weather marks the start of a grueling few months of trying to stay alive. Finding a safe, warm place becomes harder and harder. That’s why in Greater Manchester our Mayor Andy Burnham has launched “A Bed Every Night” with the ambition that no one sleeps rough in Greater Manchester.

Six million children in Britain live in housing that is overcrowded, temporary, or run-down. That figure is so huge that those of us without ‘mathematical brains’ like me struggle to comprehend that figure. Some of the children in our classrooms will live in housing that’s making them ill. Many are missing out on school altogether. I often talk about anxiety in my Mental Health work well imagine being shuffled from one place to another………that would make anyone have chronic insecurity which leads to anxiety.

Often homeless children are an invisible group, even child poverty doesn’t always touch us teachers because we don’t see the homes these children live in. We see them arrive at school sometimes without the right bag or pen but we don’t see the huge effort it’s taken for that child just to be in school dressed. They deserve better than this.

As young people make the transition to adulthood it can be a difficult time, both financially and emotionally. A number of additional factors make this transition more difficult for young people in vulnerable housing situations. Many of the causes of homelessness, such as unemployment, shortage of housing, and family problems, affect young people across the spectrum. However, there are some young people who are more at risk of becoming homeless:

This year instead of our traditional Christmas Poetry Competition we are asking our schools both in our Teaching School Alliance @AFLTeachingSch or just schools in GM to write their poems to highlight the issue of homelessness. Please do encourage your students to join in.

One of our judges is Amanda Berriman. Her novel ‘Home’ started life as a short story (‘A Home without Moles’) in ‘Stories for Homes’ – a charity anthology published in 2013 to raise money for Shelter. She intended to leave it as a short story but found her narrator, four and a half year old Jesika, had more to say and her story grew into a novel about the difficulties of raising children in poverty with limited choices and a lack of safety nets. In Home, Jesika lives in a flat with her mother and baby brother and she knows a lot. She knows their flat is high up and the stairs are smelly. She knows she shouldn’t draw on the peeling wallpaper or touch the broken window. And she knows she loves her mummy and baby brother Toby. She does not know that their landlord is threatening to evict them and that Toby’s cough is going to get much worse. Or that Paige, her new best friend, has a secret that will explode their world. ‘Home’ is currently available in hardback and e-book. The paperback is due to be released in February 2019. 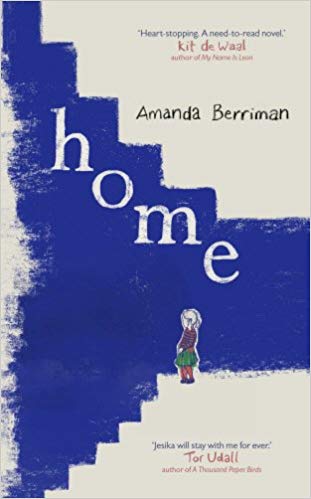 If you want to do more …… please consider donating to: